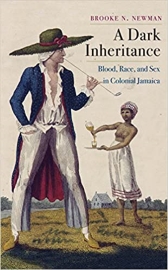 Focusing on Jamaica, Britain’s most valuable colony in the Americas by the mid-eighteenth century, this book explores the relationship between racial classifications and the inherited rights and privileges associated with British subject status. Brooke Newman reveals the centrality of notions of blood and blood mixture to evolving racial definitions and sexual practices in colonial Jamaica and to legal and political debates over slavery and the rights of imperial subjects on both sides of the Atlantic.

Weaving together a diverse range of sources, Newman shows how colonial racial ideologies rooted in fictions of blood ancestry at once justified permanent, hereditary slavery for Africans and barred members of certain marginalized groups from laying claim to British liberties on the basis of hereditary status. This groundbreaking study demonstrates that challenges to an Atlantic slave system underpinned by distinctions of blood had far-reaching consequences for British understandings of race, gender, and national belonging.